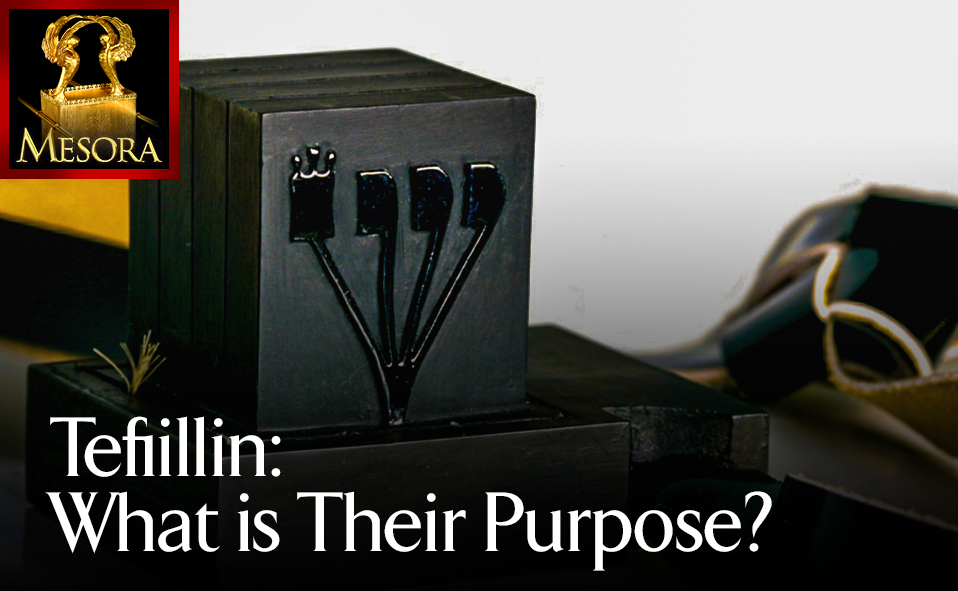 The Meaning of Life

We just finished reading Parshas Bo, where God delivered the last of His 10 Plagues. During the Plague of the Firstborns, all Egyptians feared that each one of them—not just firstborns—would perish. Therefore, they expelled the Jews in a national panic. (Exod. 12:33)

And we refer to the final plague of Firstborn Deaths as God's "mighty hand"—yad chazzakah—because it was this final plague that freed the Jews unopposed by all other assumed Egyptian powers. With this plague, God displayed that His power is unparalleled. He alone has the true "mighty hand." All other deities are impostors. Wearing tefillin is our testament to God's unique position as the Creator, and that no other power exists.

Ezekiel 20:8,9 teaches that God would have destroyed the Jewish nation in Egypt due to our attachment to idolatry. “Biyad chazzakah” is therefore more apropos of the Jews leaving Egypt, than any other event. As we required the abandonment of the Egyptian culture that had laid its seeds in generations of Jews, a reiteration of God’s “mighty hand”—the miracles—addressed our idolatrous attachment head on.

When God wished Egypt to live properly, He attempted to educate them away from idolatrous fantasy by displaying the stark reality that only He could alter natural law, since only He created it. All other idols and gods are imposters and never did what God did, as they are all lifeless, human carvings. As one of the Sages put it, “Where were all the other gods when God said at Sinai, ‘I am God?’ Why didn’t any other god object?”

Similarly, when God took the Jews out of Egypt, He did so “biyad chazzakah”, through miracles. Why? The purpose was to make it clear: the One who frees you, is the Creator, and this is proved only when miracles are present. Thus, “biyad chazzakah” is a fundamental. We will say more on this shortly.

As Saadia Gaon taught, miracles prove God’s involvement, and this is why He utilizes them when endorsing a prophet. For only when a miracle is performed, is the prophet proven as God’s true emissary.

God wished for the Jews too—just as He wished for the Egyptians—that man lead his life based on reality. And the ultimate reality is that this universe has a Creator. This is not some selfish desire God possesses, that man seeks, studies and praises Him. For God created desires like selfishness, and therefore they do not exist in Him or guide Him. God created human life—and the life of angels—so that intelligent creatures might recognize Him, and enjoy continued study about God and His creations. This study would offer man and angel a perfected existence unparalleled by any other involvement. Putting it simply: God offered mankind ultimate happiness by creating him with intellect. The meaning of life may be summed up as a truly pleasure-seeking existence. Man’s flaw however is his confusion about what might offer the richest pleasure. Man is duped by blindly accepted rules like “the masses must be right”, and “physical success will offer happiness”, and many others.

The Jewish Identity: a “Redeemed” People

Now, as God wishes the best for His creations as testified by His perfectly designed and orchestrated world, He desired that the Jews—now freed—would consider how this freedom came to be.

A wise Rabbi taught that the very emergence and formation of the Jewish People must have occurred through God’s redemption. This means that the Jewish identity is a “people redeemed by God”. God did not wish the Jews to taste freedom, free of Him. God wished the best for the Jews and all people. He therefore freed the Jews for the sake of following His commands. The Jew cannot view himself as separate from God. For at our inception as a people, God redeemed us from slavery and guided us towards Sinai to receive His Torah.

This is the fundamental of Tefillin: that we wear reminders of miracles—phenomena that could only have been performed by the Creator of natural law. These Tefillin will remind us throughout the day of our true purpose for having been created. God did not create each of us so we might follow our passions, or other misled cultures. God created man with intellect so that he might intensely enjoy life. And the most intense enjoyment is when man makes new discoveries. Steak, sex, cars, homes, clothes and fame are all briefly lived moments. All become tiresome, painful with overindulgence…some even embarrassing if publicized. But engaging in scientific experiments and theories, Talmudic inquiry, philosophical debate, and pondering God’s existence and His will…all of these intrigue us, captivate us, and allow our full energies to become immersed and offer startling new discoveries at every turn.

Wearing Tefillin recalls God’s Firstborn plague, the “Yad Chazzakah” the mighty hand…miracles. Tefillin focus us each day on why we exist: to relate to the Creator of those miracles and to realize we were created to enjoy the world of wisdom, which is a reflection of the Creator. As such, we now understand why the Shema is also contained in the Tefillin. For the Shema elaborates on God’s “exclusive” role as Creator. He is One. There are no others. Another fundamental.

Tefillin direct man’s thoughts to regularly save him from escaping into fantasy and deluded worlds where man lives without God. When we consider that we became a nation through miracles, we cannot avoid God’s essential role in our lives. But if we are wiser than that, we consider that God didn’t only redeem us…He created us.

The Talmud states, “Man is a sick being, but a bandage is available. The bandage is Torah.”

The lesson is that man is not independent. One might think so, as man seems to possess all he needs: circulatory, respiratory and digestive systems, muscles, and a rigid skeletal frame. However, without regularly engaging in Torah study, we are left to our emotions that destroy our values and ideas.

The very design of Tefillin—that it is affixed to our bodies—teaches another primary lesson: man’s design is incomplete. Since people view the “form” of man as a perfectly working machine, God commanded that Tefillin are affixed to our outline with oddly protruding boxes, so as to refute the assumption that the human being is independent. Rejecting the physical human profile and now calling it imperfect without Tefillin, God rejects man’s elevation of the bodily form. God offers an opening for us to consider that there is more to us than the physical.

Think about the grandeur the Greeks bestowed on the body through statues and olympics performed in the nude. Although the Greeks took it to extremes, all men possess the overestimation of physical forms, or what we call “design.” Tefillin teach that man is much more. Our forms are not beautiful, if we neglect our intangible souls. Tefillin awaken man to reject the Greek philosophy…a philosophy only publicized by the Greeks, but unconsciously valued by all.

Why are Tefillin squares? Perhaps this perfect geometric shape is a direct contrast to the fluid and curvaceous design of the human profile. Nothing in the human form mirrors a cubic shape. Our eyes are perfect circles; our noses hint to triangles…but nothing is a cube. Square or cubed, Tefillin thereby reject the notion that the human being is perfect by itself. No. Something of geometric, or scientific design must capture the human if he is to be truly praiseworthy, and if he is to truly enjoy his existence as God desired. The human form alone is meaningless, if when drawing his shape, we exclude two boxes in his portrait.

Without following God’s moral instruction available in the Torah, Prophets and Writings, man is destined to bring much harm upon himself, and others.